Check out our new COVID-19 resource page!
Pay Your Dues 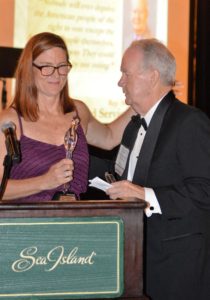 Each year at its annual educational meeting, the Society recognizes someone who has dedicated his or her life to making significant strides in the field of OBGyn. Their innovations and selfless character continue to inspire future physicians.

The GA OBGyn Society proudly announces John. B Hill, Jr., MD as the recipient of the 2019 Distinguished Service Award.