Ob-GynPAC is ACOG’s federal political action committee (PAC) and an integral part of the ACOG’s efforts to win legislative and political victories for our specialty. Ob-GynPAC is the only national PAC in Washington, D.C., representing ob-gyns before Congress. Ob-GynPAC educates Members of Congress about issues that are important to our specialty and helps elect candidates to the U.S. House of Representatives and Senate who support us on our issues. 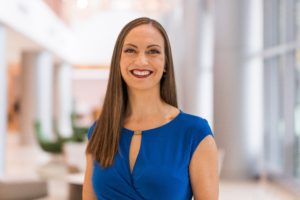 With bated breath, the Georgia OBGyn Society’s advocates watched as the gavel finally sounded, just past 11:59pm on April 4th, to signify the end of a historic Sine Die – the last day of the Georgia General Assembly’s 40-day legislative session.  And what an incredible session it was for GOGS!

In anticipation of a need for defense tactics, in the fall of 2021, Drs. Jane Ellis and Winne Soufi attended the Medical Association of Georgia’s (MAG) meeting in Jekyll Island as GOGS’ Delegates.  They presented and garnered support for a proposition opposing any and all legislative interference in the care of Georgia patients.  The resolution passed, establishing that MAG and its physician members would “oppose any policies that limit the evidence-based practice of medicine, threaten the patient-physician relationship, and inhibit the delivery of safe, timely, and necessary comprehensive care.”  Furthermore, it affirmed MAG’s stance that “it should not be illegal for physicians to make the ethical and professional decisions that are in the best interests of their patients.”  This policy is a symbol of unity amongst GOGS and other healthcare advocates in Georgia, and it will be instrumental in fighting legislative interference bills at the Gold Dome for years to come.

In conjunction with our Georgia Perinatal Quality Collaborative (GAPQC) partners, GOGS celebrated January 23, 2022 as Maternal Health Awareness Day.  Georgia continues to have devastatingly high rates of maternal morbidity and mortality, but GOGS and its partners are optimizing outcomes through perinatal regionalization and mental health resource expansion.  Drafting, introducing, and obtaining a signature on this proclamation from Governor Brian Kemp is just one additional step toward improved access to quality care for Georgia’s mothers and infants.

On March 3, 2022, physician leaders from the Patient Centered Physicians’ Coalition (PCPC) of Georgia – a group of more than 11,000 primary care physicians (including GOGS ob/gyns) – met in the Empire Room at the Floyd Veterans Building next to the Georgia Capitol.  The group, which included GOGS President Dr. Cary Perry, had productive face-to-face conversations with government representatives Rep. Sharon Cooper, Rep. Katie Dempsey, Sen. Dean Burke, Sen. Butch Parrish, Deputy Comissioner for the Department of Public Health (DPH) Ryan Loke, Assistan Commissioner of Policy for DPH Megan Andrews, and Executive Counsel to the Insurance Commisioner Gregg Conley.  The very next week, on March 9, nearly 100 primary care physicians participated in the PCPC Legislative Advocacy Webinar.  This virtual event featured Andy Miller from Georgia Health News and Greg Bluestein from the Atlanta Journal Constitution, who overviewed the media’s perspective on the universal impact of healthcare and the corresponding media coverage.  Participants also had the chance to hear Rep. Mark Newton, Sen. Michelle Au, and Sen. Kay Kirkpatrick share their perspectives on how being physicians impacts their roles in the Georgia General Assembly.

All this groundwork, laid out by the GOGS Legislative Committee and its aforementioned partners, truly paid off when it came to the business being conducted under the Gold Dome this session.  To kick things off, Governor Brian Kemp released a AFY22-FY23 budget that included funding for one year of comprehensive postpartum Medicaid coverage and a pilot program to expand access to maternal echocardiograms (as cardiovascular disease is a leading cause of maternal mortality in Georgia).  Shortly thereafter, Senator Dean Burke introduced SB 338 to codify postpartum Medicaid extension and SB 496 to facilitate the work of Georgia’s Maternal Mortality Review Committee via improved autopsy rates among peripartum women.  The Governor’s budget and both of Sen. Burke’s bills passed!  On the House side, Representative Sharon Cooper remained a fierce advocate for women, infants, and all Georgia patients throughout the session.  The Georgia Ob/Gyn Society thanks these and all other government officials that continue to support women and women’s healthcare providers in Georgia.  While this successful session may be done, more work awaits us next year!

A listing of tracked legislation and outcomes from 2022 is below.  Thank you to Kate Boyenga, Skin Edge, and John Walraven for keeping tabs on these, and for advocating for GOGS physicians and patients throughout the session!

Introduced by Sen. Dean Burke, this bill codifies the $28M in Gov. Kemp’s FY23 budget and increases comprehensive postpartum Medicaid coverage from six months to one year.  The hope is that peripartum morbidity and mortality rates will decline as Georgia mothers have increased access to care during the vulnerable and high-risk postpartum period.

HB103 is the omnibus mental health bill introduced by House Speaker David Ralston.  It aims to expand Georgians’ access to mental health care, increase the number of mental health professionals in the state, and require insurance companies to cover mental healthcare the same way they cover physical healthcare.  After many revisions, the much anticipated bill was signed by Gov. Kemp on April 4th.

SB496 requires a Medical Examiner’s inquiry when a pregnant female dies.  Furthermore, the legislation directs that order should be carried out through a regional perinatal center, which will give much needed assistance to the Georgia Maternal Mortality Review Committee’s abstractors.

Although HB1192, which would have added a pathway for persons with HIV to receive Medicaid services, did not pass, $4.2M in funding was included in Gov. Kemp’s FY23 budget to support a 1115 waiver for Medicaid benefits for individuals with HIV.

This bill would have delayed sentencing for detained postpartum women and created other provisions to protect pregnant and postpartum inmates, but it was tabled on the last day of the session.

This bill would have banned women from accessing a medical abortion without a preceding office visit and ultrasound. The GOGS Legislative Committee lobbied arduously throughout the legislative session to revise, stall, and ultimately (in the final hours) stop SB456 from passing.  The initial version of this bill contained language surrounding abortion reversal, mandated reporting of physicians providing abortion access, and authorized fines and penalties.  Thanks to expert testimony at the Gold Dome by GOGS Legislative Committee members, including Drs. Melissa Kottke and Anne Patterson, this text was struck from the bill language.  The revised version of SB456 did maintain momentum, but an incredibly ironic turn of events happened on Sine Die.  Rep. Ed Setzler, author of Georgia’s 2012 HB954 (the “fetal pain” bill), amended SB456 to include one of his 2021 tabled initiates, requiring it to go back through Senate committees at a late hour.  This move stalled the bill until after the stroke of midnight, leading to its failure to pass both chambers, and its ultimate demise.